Alzheimer’s can have its roots in infection-triggered autoimmunity 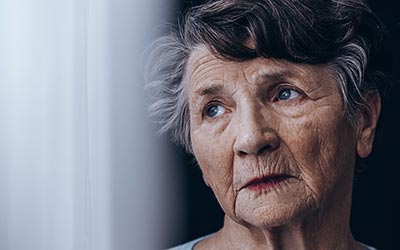 Our research showed how cross-reactivity — a “mistaken identity” immune reaction that can occur from in infection — may also be a factor in developing Alzheimer’s disease. This means that bacterial, viral, parasitic, mold and yeast antigens can trigger immunological attacks in the brain that foster the development of Alzheimer’s and other brain degenerative diseases.

Cross-reactivity happens when the immune system attacks tissue in the body that resembles an antigen it has already tagged as hostile. For instance, if you have a gluten sensitivity, your immune system has created antibodies to gluten. These antibodies tag gluten to alert the immune system to destroy it every time you eat it in an inflammatory response.

If the gluten-sensitive person continues eating gluten, eventually the gluten antibodies may begin to tag, attack, and destroy one or more of these tissues in the body right along with the gluten.

In our study we identified cross-reactivity as a possible mechanism in the development of Alzheimer’s disease.

We did this by examining cross reactivity between 25 different compounds and amyloid-beta proteins, the hallmark protein of Alzheimer’s.  Amyloid-beta is a sticky protein fragment found in the brain.

Despite its association with Alzheimer’s, amyloid-beta is not inherently bad. Its role is to protect brain tissue from infection. However, Alzheimer’s develops when amyloid-beta activity is excessive or irregular and clumps together. This clumping blocks neurons from normal function and communication, thus leading to their death and the degeneration of brain tissue.

Newer research, including our recent study, increasingly shows Alzheimer’s to be a disease of inflammation, not just bad luck. When the brain perceives itself to be under attack from an infection, amyloid-beta activity increases and the risk of Alzheimer’s sometimes goes up.

In the study led with Dr. Aristo Vojdani, we identified cross reactivity between 25 different pathogens and amyloid-beta, amyloid-beta precursor proteins, tau proteins, and alpha-synuclein, all of which are linked to neurodegenerative disease such as Alzheimer’s.

In other words, if a person has an immune reaction (makes antibodies) to any of these 25 pathogens, their risk of Alzheimer’s may be increased. This is because these pathogens share identical protein sequences to the proteins involved in Alzheimer’s disease. Several other studies have also shown a significant similarity between more than 30 different bacteria, viruses, protozoans, yeasts, and molds with brain proteins that contribute to Alzheimer’s.

Not only does the binding of autoimmune antibodies to these proteins in the brain contribute to the development of Alzheimer’s, it also inhibits a very important role of amyloid-beta precursor proteins — fighting bacterial infection in the brain.

As a result, the brain is more vulnerable to invasion by bacteria that not only inflame and damage brain tissue, but also continually trigger an immune response. This creates a vicious cycle that contributes to inflammation and degeneration in the brain.

Studies have also shown a link between autoimmune antibodies and not only Alzheimer’s disease, but also Parkinson’s disease and Lewy body dementia, two other neurodegenerative diseases. It appears antibodies to self-tissue can promote the amyloid-beta clumping and plaquing that is the characteristic identifier of Alzheimer’s.

Such an immune response is designed to protect the brain from infection, but chronic infection and inflammation causes collateral damage by damaging surrounding brain tissue and triggering degenerative mechanisms that raise the risk of Alzheimer’s.

Additionally, we hypothesize that because some pathogens so closely resemble proteins in the brain, the immune system may ignore these pathogens to spare the brain from attack. As a result, the brain is essentially defenseless to attacks from these infections, which could help explain why pathogenic infections in the brain are commonly reported with Alzheimer’s disease.

This could also help explain immune cross-reactivity between brain proteins and some pathogens — Streptococcus sanguinis, Streptococcus mutans, Borrelia burgdorferi, Chlamydophila pneumoniae, Candida albicans, HSV, and EBV-EA — but not others, such as Porphyromonas gingivalis, Helicobacter pylori, and Cytomegalovirus.

When your brain reacts to bacteria from your own gut

Many of the pathogens we identified that can cause a cross-reactive immune reaction against the brain come from outside viruses, bacteria, and other pathogens. However, immune reactivity to pathogens produced by your own gut can be just as problematic. Harmful bacteria, including the bacteria in our gut, contain inflammatory compounds call lipopolysaccharides (LPS). LPS are well established in studies as triggers for inflammation throughout the body, including the brain.

In our study, we found LPS can trigger cross-reactivity in the brain that promotes Alzheimer’s. LPS and other bacterial toxins also cross react with barrier proteins to damage the gut lining and blood-brain barrier. This leads to leaky gut and a leaky blood-brain barrier, raising the risk of pathogens entering the brain to trigger cross-reactive Alzheimer’s mechanisms.

Also, when amyloid-beta precursor proteins, in their role as infection fighters, attach to LPS or other pathogens in an attempt to protect the brain, we believe this too perpetuates cross-reactivity to amyloid-beta, tau, and alpha-synuclein that promotes Alzheimer’s.

When you see damage to the gut lining causing leaky gut on a lab test, it’s common to also see markers for a leaky blood-brain barrier, thus furthering the vicious cycle of infectious pathogens entering the brain and triggering brain degenerative cross-reactivity.

Immune reactions in the brain can be protective or destructive

To complicate matters, when we tested reactions of amyloid-beta precursor antibodies in relation to different pathogens, results varied depending on the pathogen. Reactions ranged from very strong to none at all.

We hypothesize that the binding of amyloid-beta precursor proteins with pathogens can serve to either protect the brain and the formation of plaques or promote plaque formation and neurodegeneration. This is clearly an area that needs more research.

What does this research mean for your brain health?

It’s important to understand that research like this is another piece in an unfolding puzzle and not the completed puzzle. We learned some new things but new questions were raised as well, namely, how do we know whether our brain’s immune response to a pathogen is going to promote or inhibit Alzheimer’s?

Looking at this from a functional medicine perspective, some mechanisms have jumped out, particularly how important it is to follow an anti-inflammatory diet and lifestyle that promotes a healthy, in-tact gut lining. Leaky gut is foundational to so many health disorders because of the inflammation it causes.

Many people balk at or question the connection between their gut health and their brain health. But if we can show that leaky gut and an unhealthy microbiome may actually be silently leading to Alzheimer’s, people may take gut and immune health more seriously.

I hope this research and the similar studies helps you understand the vast and fascinating connections between the gut and the brain, the immune system and the brain, and why it’s so important to pay attention to our diet, lifestyle, and mental and emotional states.

We hope our investigation helps contribute towards understanding the role that environmental triggers may play in the development AD.

Here is a link to the abstract that can be found on the U.S. National Library of Medicine: https://www.ncbi.nlm.nih.gov/pubmed/29689721