Autoimmunity and immune resilience to viruses such as coronavirus, or COVID-19 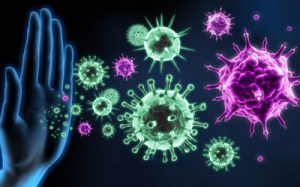 It’s important to understand the relationship between autoimmune disease and immune resilience during a time when many people are concerned about the coronavirus, or COVID-19.

But first, what is autoimmune disease? Autoimmunity is a disorder in which the immune system erroneously attacks and destroys body tissue. It’s an extremely common yet largely overlooked immune disorder unless symptoms are advanced. Examples of autoimmune disease include Hashimoto’s hypothyroidism, rheumatoid arthritis, type 1 diabetes, multiple sclerosis, psoriasis, Crohn’s disease, ulcerative colitis, alopecia, vitiligo, and so on.

Autoimmunity can either heighten or depress immune resilience

This variability in immune function means that some people with autoimmunity can have a very heightened immune state and thus a high degree of immune resilience. It’s common in my practice for some autoimmune patients to say they have not had a cold or flu in five to 10 years, even though their heightened immune activity may exacerbate autoimmune attacks against tissue.

On the other hand, others have low white blood cell counts, impaired function of natural killer cells (which fight pathogens), and depressed immunity. For these patients, their autoimmune disease causes them to constantly catch every cold and flu that comes around.

The pathogen infecting the body can also determine the immune response in people with autoimmunity. For instance, some pathogens can flare up the autoimmune response while others can dampen it.

Because autoimmunity can create such a diversity of immune responses, it’s important to take this into consideration if you want to take herbs, medicinal mushrooms, or other botanicals that influence the immune system. 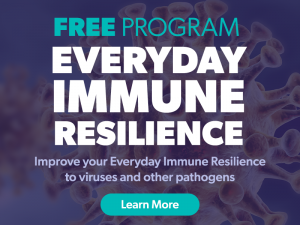 In my thyroid book and brain book I explain this concept more.

How to modulate the immune system and improve resilience with autoimmunity

Because autoimmunity can swing the immune system too far in one direction or the other, resilience strategies should focus on the foundations of healthy immune function. This includes emphasizing plenty of good sleep, proper diet, hydration, appropriate levels of physical activity, natural opioid release, and other basic strategies, which I explore in more depth in my free Everyday Immune Resilience course.