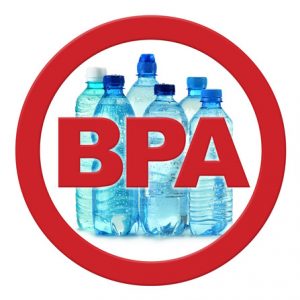 A new study by Dr. Kharrazian shows a link between bisphenol-A (BPA) in plastics and autoimmunity to brain and nerve tissue. The paper was published with Aristo Vojdani, PhD.

BPA is a chemical found in plastic products such as water bottles, plastic utensils, and plastic bags.

The study suggests consuming products that contain BPA may be risky for those with brain inflammation or neurological autoimmune reactions such as multiple sclerosis or autism.

The paper was published in the Journal of Applied Toxicology  and is titled, “Correlation between antibodies to bisphenol A, its target enzyme protein disulfide isomerase and antibodies to neuron-specific antigens.”

Previous studies on BPA and brain autoimmunity by Dr. Kharrazian

The study was an extension of two previous publications on BPA. In 2014, Dr. Kharrazian published a paper in the Journal Autoimmune Diseases titled “The Potential Roles of Bisphenol A (BPA) Pathogenesis in Autoimmunity.”

This paper reviewed and organized all of the potential immunological mechanisms of how BPA could cause autoimmune diseases.

A 2015 paper published with Dr. Vojdani showed that chemicals such as BPA can bind to human proteins (albumin) and potentially become new targets (epitopes) for an autoimmune response.

The study found that immunological reactivity to BPA was found in 13 percent of 400 healthy blood donors in the United States.

The paper is titled “Elevated Levels of Antibodies Against Xenobiotics in a Subgroup of Health Subjects” and published in the Journal of Applied Toxicology.

For more information on BPA and the role it plays with autoimmune disease, check out our previous newsletter at Dr. K. News.

Learn more about detoxifying your home at the Toxic Home Transformation summit from June 25-July 1.