Do you have a family history of Alzheimer’s or dementia? 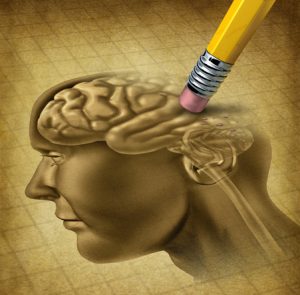 Commonly mistaken for each other, Alzheimer’s and dementia are related, but not the same thing.

Understanding the distinction between the two and Do you suffer from the following symptoms of brain fog?

If so, you may have brain inflammation.

Why does this matter?

Because brain fog can lead to early brain degeneration that may be irreversible if caught too late.

Dr. Kharrazian will teach you which steps to take and in which order to address your brain symptoms in the Save Your Brain: The Six-Week Rescue Plan online course.

When you sprain an ankle, you know something is wrong because of the pain, redness and swelling. But an inflamed brain doesn’t hurt.

Instead, it causes fatigue, foggy thinking, forgetfulness, lack of motivation, and depression. People don’t realize these are symptoms of poor brain health.

This is because the brain’s immune system does not have this “off-switch,” and inflammation can crawl through the brain like an unchecked fire, destroying tissue along the way.

This accelerates brain aging and raises the risk of Alzheimer’s, dementia, Parkinson’s, and other brain degenerative diseases. Brain inflammation can even lead to psychiatric mood disorders.

These are mechanisms explained in more detail in the Save Your Brain: The Six-Week Rescue Plan.

Causes of brain inflammation that functional medicine can help

Food intolerances are a major cause of brain fog

One of the more common causes of brain fog is a food intolerance, particularly to gluten. Many people have banished brain fog simply by going gluten-free. In fact, research shows gluten is linked to a variety of neurological and psychological disorders.

Nobody but you cares about your brain — don’t wait until it’s too late!

Nobody else will care about your brain health — that’s up to you. Don’t wait until it’s too late!

To learn how to address your brain fog with functional medicine, join the Save Your Brain: The Six-Week Rescue Plan community. You’ll learn tools you’ll use lifelong and that could very well save you from a neurodegenerative disease such as Alzheimer’s or dementia.

Knowing when to take action can mean the difference between maintaining a healthy, functional brain into your “golden years,” or aging into disability.

How do dementia and Alzheimer’s differ?

Dementia is not a specific disease; it’s an umbrella term for symptoms that indicate advanced degeneration of the brain, or the death of brain cells. It causes loss of memory and brain function severe enough to interfere with daily life.

Damage to brain cells leads to dementia. This damage interferes with the cells’ ability to communicate with each other, affecting thinking, behavior and feelings. Various factors can affect breakdown of brain cells, including physical trauma, diet, exercise, oxygenation (anemia), and other lifestyle and environmental factors.

Alzheimer’s disease is a specific form of dementia that affects distinct parts of the brain that control thought, memory, and language. It is the most common cause of dementia, responsible for 50 to 80 percent of dementia cases. There are early and late symptoms, indicating stage of progression.

Other common causes of dementia are Huntington’s disease, Post-stroke dementia, Parkinson’s disease, and Creutzfeldt-Jakob disease. Each one is involved with cell damage to specific areas of the brain.

While dementia may be reversible if caught early enough, Alzheimer’s is not.

Not everyone with one or more of these symptoms has Alzheimer’s or dementia, but it’s important to find out. Early detection and treatment can make a huge difference.

Dementia symptoms are not “normal aging”

You’ve heard it before: “Grandma’s misplaced her keys again,” or, “I can’t seem to remember names like I used to!”

Early warning signs of dementia and Alzheimer’s are popularly attributed to “normal aging,” so nobody pays much attention. This is a dangerous misconception because these changes reflect abnormal breakdown of brain cells.

As for later symptoms, many of us have known someone who slowly and sadly drifted into mental disorientation, eventually landing in assisted care until death.

But what if that had been preventable? And in the future, what if that means someone you love, or even YOU can prevent it!

Stop the progression of brain degeneration while you still can!

Sign and symptoms of dementia DO NOT reflect normal aging of the brain. Many dementias are progressive, meaning symptoms start out slowly and gradually worsen. Caught early enough, it may be possible to slow or even stop the progression before it’s too late.

Functional medicine and functional neurology offer effective tools in identifying and managing brain-based changes that can lead to dementia.

You can learn how to evaluate brain function, follow protocols to slow or even stop progression, and learn strategies known to prevent the cell damage that commonly causes dementia.

If you or a loved one is experiencing memory difficulties or problems with thinking skills, please don’t ignore it. Evaluation may detect a treatable condition, and every day matters.

It’s critical to take action before the damage becomes irreversible.

Learn how to take action against dementia and Alzheimer’s 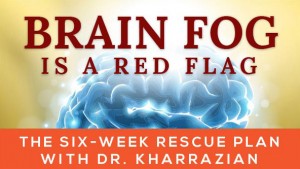 Dr. Kharrazian’s Save Your Brain: The Six Week Rescue Plan course covers all the bases you need to help protect your brain from the cell degeneration that causes dementia.

In the course, you will:

Save Your Brain: The Six Week Rescue Plan gives you effective tools to lay a solid foundation for your best brain health now and as you move forward.

You are the one who cares most about your brain. Don’t wait until it’s too late!