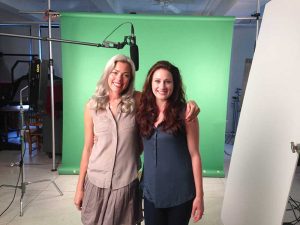 Hashimoto’s Awareness is a new non-profit organization created by two Hashimoto’s patients to raise awareness about the condition, connect people with the right information, and advocate for advancing research and better patient care.

They’ve got leading Hashimoto’s and autoimmune authors and experts on their advisory board (myself included) and are raising money to bring Hashimoto’s awareness mainstream and host the first-ever live Hashimoto’s national conference in New York.

Please like them on Facebook and join their donation efforts. The following is their personal story on how they came to create Hashimoto’s Awareness.

How Hashimoto’s Awareness was born — the founders’ stories

Pearl and I were raising awareness of the disease individually for a while. We were holding our own support groups, we both had active Facebook pages, and we were exploring ways to expand. Marc Ryan, L.Ac.  was consulting with each of us separately when one day he suggested that we connect since we both lived in New York City. 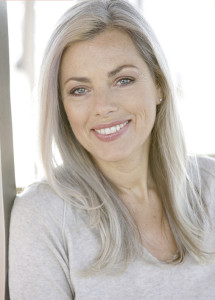 In March of 2014 Pearl and I met at our favorite Paleo restaurant and discussed creating something together. Our combined energy was effervescent!  We were both in remission from Hashimoto’s and passionate about sharing our journey with those struggling with the disease. I had met my teammate and a dear friend to be and together we were unstoppable.

We created Hashimoto’s Awareness as a non-profit organization, have launched a campaign on Crowdrise.com, and are organizing the very first National Conference on Hashimoto’s Thyroiditis!

A lifetime of sickness

By February 2012 I was at my worst! Menopause had only made matters worse. I was scheduled for surgery to remove one of my parathyroid glands which was inflamed to twice its normal size when a scan and subsequent biopsy confirmed Hashimoto’s as well. Ironically, it was one of the best days of my life as I finally had a reason for all my symptoms. It confirmed that, no, I wasn’t crazy all these years.

The surgery was supposed to be a minor procedure but I was so emotionally, psychologically, and physically exhausted from being sick for so many years that I almost died and it took me about 10 hours to wake up from the anesthesia.

I returned from this near-death experience determined to help people who are struggling in despair with Hashimoto’s and don’t know where to find support. After all, I used to be one of them.

You see, my entire life doctors insisted my lab tests were normal and my symptoms were psychological in origin. I promised myself that no one should ever be in this humiliating and frustrating position ever again. After that, everything changed!

After reading Dr. Datis Kharrazian’s book, Why Do I Still Have Thyroid Symptoms When My Lab Tests Are Normal? I found a functional medicine practitioner in NYC. I learned the critical importance of a gluten-free diet, started taking supplements according to Dr. Kharrazian’s protocol, and began feeling significantly better.

Although my health journey is still ongoing, I now have a strong support system and a great community as resources when I need them. I now live a productive life in NYC and dedicate my days to empowering others with Hashimoto’s to live a symptom-free life.

I was diagnosed with Hashimoto’s in February of 2012. I was fortunate enough to have 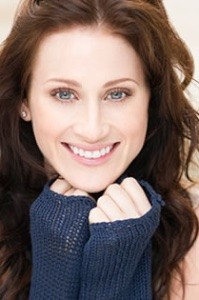 a wonderful integrative physician who ran the proper tests for an early diagnosis. During the months leading up to my appointment, my personal trainer noticed my energy levels plummeting in our high intensity workouts. I was cranky, my hairline was thinning and I broke out in large patches of hives on my calves that were itchy, brown, and lasted for up to three weeks. I took action and made an appointment for blood work.

I was diagnosed two weeks later; My TSH and TPO levels were off the charts. My doctor instructed me to start a natural hormone medication (Nature-throid), stop eating gluten, soy, and dairy, to take such supplements as D3, B-12, Omega 3’s, and probiotics, and to meditate.

Adding in the autoimmune protocol

I also started researching Hashimoto’s and stumbled across a book by Dr. Datis Kharrazian, who I had heard some call the “Functional Medicine Guru,” called Why Do I Still Have Thyroid Symptoms When My Lab Tests Are Normal?  I learned Hashimoto’s was affecting my immune system, brain function, and circulatory system. Everything he wrote about dumbfounded me and this book became my best friend. His research gave me hope that I could put this disease into remission quickly. I followed his protocol and diet and began my journey to remission.

After six months I was sleeping better, finally losing weight, my hair was thicker, and I was no longer depressed or experiencing anxiety attacks. It was working! My next round of blood work showed my TSH and TPO were now in the normal range! My doctor said, “You are a walking miracle. I have never seen someone’s levels normalize so quickly.” I was in full remission from the disease. It was at that moment that I knew this was possible for others.

Now, after three years in remission, I’ve dedicated my life to being of service to the Hashimoto’s community. I am the co-founder and co-creative director of the not-for-profit, Hashimoto’s Awareness. I work alongside an incredibly talented and driven friend and kindred spirit, Fabienne Heymans, who is also in remission from the disease.

As we work with some of the top experts in the community, we have a great vision for this organization and how we might be of service to others. We are committed to bringing clarity to a community in need of education on this serious disease. We believe we will make a difference worldwide.

What I will share with others struggling with the disease is that you are not alone. And remission is possible if you’re willing to do the work. We are here to support you and empower you and we promise your journey to remission will be inspiring, powerful, and supported by a community that stands as your greatest fans.