How hypothyroidism causes depression and anxiety 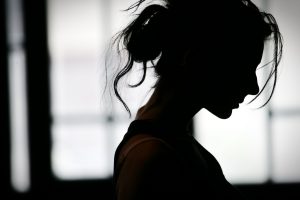 Listen to the podcast on iTunes. (Also available on major podcast platforms).

If you struggle with chronic depression, anxiety, or other mood disorders, you may suffer from undiagnosed hypothyroidism.

A thyroid hormone deficiency can cause multiple brain-based symptoms. This is because thyroid hormones play an important role in the function of many areas of the brain, including:

If you have a chronic mood disorder, consider asking your doctor to screen for hypothyroidism with a TSH test and for autoimmune Hashimoto’s with a TPO and TGB antibody test in order to rule these conditions out.

Thyroid hormones impact major neurotransmitter receptors in the brain such as serotonin, dopamine, GABA, and acetylcholine. These neurotransmitters help regulate your mood, motivation, and executive function.

The majority of research during the last 30 years has largely focused on the neurotransmitter model of depression, which emphasizes serotonin and dopamine imbalances and the development of pharmaceutical antidepressants to correct such imbalances.

However, most patients experience only limited success managing their depression with these drugs.

An explosion of research has found a connection between depression and inflammation, called the inflammatory model of depression.

In these patients, brain inflammation slows nerve conduction and synaptic speed. This decreased speed causes depression by slowing activity in the relevant regions of the brain. Because these cases are a result of inflammation, traditional antidepressants are ineffective.

Inflammation-related depression can be caused by a traumatic brain injury, stroke, or systemic inflammation throughout the body.

Unmanaged Hashimoto’s is another possibility that causes systemic inflammation. The fluctuations typical with the condition also mean thyroid levels wax and wane, and periods of low thyroid levels can result in significant depression. This could explain why your depression persists even after you begin treating your hypothyroidism.

Whenever a patient mentions mood instability, my first instinct is to check their blood sugar.

This is because blood sugar highs and lows are very common causes of mood fluctuations. Anyone who has been “hangry” can attest to this.

Hashimoto’s patients often have unstable blood sugar levels, which makes them more prone to insulin resistance and both high and low blood sugar. 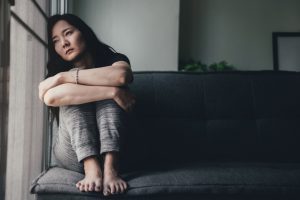 When the immune system attacks the thyroid gland, it is targeting TPO enzymes and TGB proteins. Antibodies to TPO and TGB are used to screen for Hashimoto’s.

Unfortunately, sometimes these TPO and TGB antibodies bind to cerebellum tissue in the brain, causing some Hashimoto’s patients to develop brain autoimmunity.

This inflames and degenerates the brain and can cause depression.

Leaky gut patterns have been shown to make the blood-brain barrier overly permeable, which makes the brain much more prone to inflammation. We published a 2020 study in the International Journal of Molecular Science that showed a connection between inflammatory bowel disease and a “leaky” blood-brain barrier in patients with autoimmune disease.

The majority of Hashimoto’s patients are gluten-sensitive or have celiac disease, which means gluten can play a role in their depression and anxiety. Gluten cross reacts with dairy, meaning the immune system recognizes dairy as gluten. Many patients find their mood disorders significantly improve by eliminating these two foods from their diet.

If you think your depression might be related to a gluten intolerance, you can find out more in this article.

You can often calm yourself down during an anxious moment by taking the time to reason through the issue. This is because activating the frontal lobe through problem-solving reduces activity in the limbic regions – but brain fatigue, inflammation, unhealthy neurotransmitter activity, and slow nerve conduction all compromise the brain’s ability to prevent overactivation of the amygdala and limbic region.

The factors listed above for depression also apply to anxiety.

Is hypothyroidism or Hashimoto’s behind your mood disorder?

You can ask your doctor for a few tests if you think hypothyroidism is causing your depression, anxiety, or other mood issues.

A thyroid-stimulating hormone (TSH) test screens for hypothyroidism. However, keep in mind that TSH levels fluctuate frequently and you may receive a false negative depending on when you test. If symptoms strongly suggest hypothyroidism, consider retesting.

It’s also important to screen for TPO and TGB antibodies, as the most common cause of hypothyroidism is autoimmune Hashimoto’s. These levels can also fluctuate, especially in the early stages.

No single remedy for depression and anxiety 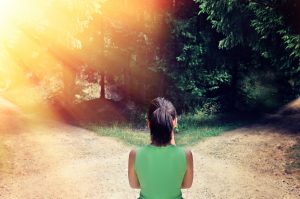 Unfortunately, there is no simple solution for anxiety and depression. Rarely will a single medication or supplement unwind the various mechanisms that underlie these conditions. Instead, you must go through the process of untangling the web.

This path is different for each person. It could include changing your diet, reducing inflammatory foods, or making other lifestyle changes. Perhaps you need to address your gut health, your microbiome, or your blood sugar. There are many different variables, and there is no one-size-fits-all treatment.

If your depression hasn’t been resolved by thyroid hormone medication or antidepressants, I encourage you to look into Hashimoto’s: Solving the Puzzle. In this course, I teach you multiple ways to manage and treat Hashimoto’s and the brain-related symptoms associated with it.

Is Your Indigestion Caused by Low Hydrochloric Acid (HCl) or Gallbladder Issues?
August 25, 2021