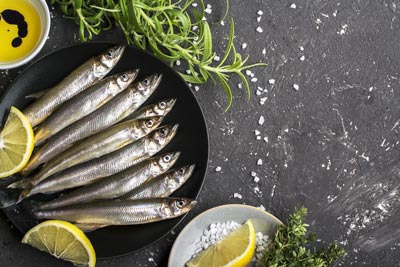 Iodine supplementation has become very popular in recent years, and with good reason. Iodine has been shown to be an effective therapy for such conditions as breast and uterine fibroids, breast cancer, and more. When it comes to Hashimoto’s, however, I oppose the use of iodine as you risk worsening your autoimmune thyroid condition.

As I explained in the book, iodine stimulates the activity of the thyroid peroxidase (TPO) enzyme, which triggers thyroid hormone production. This is why so many thyroid supplements contain iodine, even though the thyroid only needs enough iodine to fit on the head of a pin each day in order to perform its duties.

Iodine supplementation stimulates the production and activity of TPO. For most people with Hashimoto’s, TPO also happens to be the site of autoimmune attack, and surrounding thyroid tissue is damaged in the process. So everytime TPO production is stimulated, the immune system, which perceives TPO as a foreign invader to be eradicated, responds more aggressively and amps up the attack.

I simply believe, based on my research and clinical experience, that iodine is an unnecessary risk when managing Hashimoto’s, especially since we have safer and more effective ways to work with a improperly functioning immune system.

The iodine enthusiasts would have you believe that nearly everyone, including those with autoimmune thyroid conditions, would benefit from iodine loading or iodine supplementation.

Since creating my website, however, I have heard from a few people who experienced negative consequences as a result from supplementing with iodine. For instance, a 62-year-old woman who eats an exemplary diet and is very health conscious emailed to say she first went to her physician for help with her thyroid. Her TSH was 3.22 (the functional range is 1.8-3) and her TPO antibody count, a marker for Hashimoto’s, was 136, which is pretty high. Her physician prescribed Synthroid, which she refused to take.

Next she went to a naturopath and he told her to take 15 kelp tablets a day. She only took three a day and quickly began feeling worse, so she ordered another blood test after two weeks of taking the kelp tablets. Her TPO count had jumped to 268 and her TSH had dropped to .02 (presumably the iodine stimulated an increased autoimmune attack against her thyroid, spilling more thyroid hormones into her bloodstream, hence lowering her TSH). Without the proof of that second blood test, how many doctors would have told her she was feeling worse due to a bromide detox or some other detox due to iodine supplementation? This woman also feels her thyroid problems originally began on a macrobiotic diet high in seaweed.

Another woman in her 50s emailed to say she used a popular high-dose form of iodine beginning in 2002 as an adjuvant therapy after finishing standard breast cancer treatment. At first she felt an incredible burst of stamina and energy, but that energy slowly morphed into taxing thyroid symptoms that vacillated between hyper- and hypothyroid symptoms. However her thyroid antibodies were not checked, despite being treated by an “iodine expert,” although she was put on Armour for hypothyroid symptoms. Eventually she was prescribed hydrocortisone for her failing adrenal function as she continued to cope with thyroid symptoms, which allowed her to take larger doses of iodine more comfortably. Although her antibodies were not tested, she did receive periodic ultrasounds to monitor the size of her existing goiter and nodules, which did not improve on the iodine treatment (as practitioners learn in the Mastering they Thyroid class, not all goiters are caused by iodine deficiency).

Finally last summer her hyperthyroid symptoms became quite serious and she tested positive for Graves’ disease antibodies, and still continued taking iodine while her antibodies climbed ever higher. Finally she stopped taking iodine and now manages her hyperthyroid symptoms successfully with a prescription medicine that binds iodine. Her goiter and nodules also appear to have resolved from use of this medication. Currently, any amount of iodine makes her feel sick, with a transient return of hyperthyroid symptoms until the iodine wears off. Looking back, she new feels she had an autoimmune thyroid condition before beginning the iodine therapy and it was made much worse over the years by up to 100 mg a day of iodine.

Is even dietary iodine safe for Hashimoto’s?

Although I strictly prohibit iodine supplementation in my Hashimoto’s patients, I have always told them that it was OK to eat iodine-rich foods in moderation, however I recently came across a study that has me questioning that advice (please see “The effect of iodine restriction on thyroid function in patients with hypothyroidism due to Hashimoto’s thyroiditis” in the studies post).

In this study subjects with Hashimoto’s were divided into two groups. One group ate a normal diet. The other group was put on a diet that strictly avoided iodine so that they consumed less than 100 mcg per day. Eighty percent of the group who avoided dietary iodine experienced complete remission of their thyroid symptoms!

Therefore I am asking my Hashimoto’s patients to avoid iodine rich foods, such as seafoods, seaweeds and iodized salt in order to see how this affects clinical outcomes.

No reason not to do a lab test

I don’t wish to be seen as the anti-iodine thyroid doctor because that is not the truth. I have family members who take iodine with good benefit. I simply believe, based on my research and clinical experience, that iodine is an unnecessary risk when managing Hashimoto’s, especially since we have safer and more effective ways to work with a improperly functioning immune system.

The antibody tests for Hashimoto’s are affordable and easy. If you have Hashimoto’s and you or your doctor insists on iodine supplementation, do yourself a favor and monitor your antibody levels, your TSH, and your thyroid symptoms, and don’t be too quick to pass off negative effects as a detox.