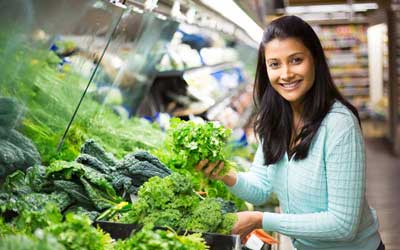 Healthy gut bacteria is key to managing autoimmunity and other chronic disorders in part because they produce short chain fatty acids (SCFAs), compounds that help modulate the immune system and dampen inflammation. The primary SCFA we look at in relation to immune health is called butyrate.

Butyrate is so important to intestinal cells they will die without it. Researchers at Yale also suggest the gut is less likely to experience inflammation in the presence of butyrate.

Because the health of the gut is so vital to managing autoimmunity, it’s important to ensure your gut has plenty of SCFA-producing gut bacteria. Leaky gut is well known for its role in autoimmune conditions and promoting an abundant and diverse population of gut bacteria is an important strategy.

So how do we increase butyrate levels?

Eating ample amounts of plant produce feeds healthy gut bacteria, which then produce butyrate as a byproduct. Fermented and cultured foods, such as kimchi and sauerkraut, can also aid you in your butyrate boosting quest.

While butyrate supplements can also be helpful, SCFAs are most effective when produced where they are needed — in the colon.

Eat lots of produce and a wide variety

Good gut bacteria thrive on fiber. Some of the best sources of fiber include dark green leafy vegetables. Also, make sure you are not eating the same produce over and over but instead include a wide variety of vegetables in your diet.

How much produce? Produce should make up most of each meal. The new recommended guideline is to consume seven to 10 servings of produce per day. A serving is a half cup of chopped vegetable or fruit, or a cup of leafy greens.

Make sure to not overdo it on sugary fruits as they can negatively affect blood sugar levels. Instead, focus on vegetables.

Fermented foods such as cultured vegetables and coconut water kefir are good sources of beneficial bacteria and yeast. There are now many quality store-bought ferments, and you can find plenty of recipes online for making your own.

Some people with yeast overgrowth or histamine sensitivities can have problems with ferments and will need to address those issues first.

Probiotics can be a good way to support gut bacteria populations. I prefer shelf-stable strains that can withstand stomach acid so they survive intact to inoculate the upper and lower intestine. If a probiotic must be refrigerated its integrity in the warm, acidic environment of the stomach is questionable.

I recommend probiotics that reduce intestinal ammonia, improve intestinal pH, increase SCFA, and improve the balance of healthy bacteria in the intestines. The strains below appear to combat toxins, candida, and bacterial infection, as well as nourish intestinal cells.

I also find arabinogalactan, a compound made up of protein and sugar, helpful for immune support. In addition to being a food supply for friendly bacteria, it also has been shown to stimulate and modulate the function of immune cells.

Arabinogalactan is non-digestible and resists breakdown by intestinal enzymes, allowing it to populate the large intestine and support colonic bacteria. It has been shown to increase the production of healthy and beneficial microorganisms, including SCFA and beneficial microflora. Lastly, these compounds have been shown to improve the integrity of the gastrointestinal immune system.

While there are multiple pieces to the puzzle of supporting gut health and managing autoimmunity, promoting SCFA in the gut is one important element to address.

For more detailed information about the probiotic strains mentioned above, please see my brain book.