The best diet for hypothyroidism 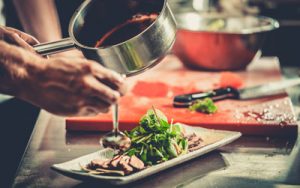 Listen to the podcast on iTunes. (Also available on major podcast platforms).

Outdated myths persist when it comes to the best diets for hypothyroidism.

In a nutshell, the best diet for Hashimoto’s hypothyroidism is one tailored to your your individual needs.

But first, let’s clear up some erroneous thyroid diet advice.

The anti-goitrogenic diet. Goiter is a condition that causes swelling of the thyroid.

Many believe goitrogenic foods such as cabbage, kale, and Brussels sprouts contribute to this swelling and assert they should be avoided at all costs. Supposedly, these foods inhibit iodine uptake and compromise thyroid function, leading to the development of a goiter.

This assumption stems from research done in the 1970s and 1980s. Certain vegetables were shown to have goitrogenic effects in test tubes, but these findings were never replicated in animal or human studies.

Nevertheless, these vegetables got a bad name and many healthcare professionals told their hypothyroid patients to avoid them.

But in fact, brassicas and other vegetables classified as goitrogens are beneficial for thyroid health because of their high antioxidant and flavonoid content.

It is goitrogenic chemicals that are a concern for hypothyroid patients and should be avoided – luckily, these are rare and only found in certain prescription medications such as lithium carbonate.

While goitrogenic foods have been wrongly blamed for thyroid conditions, iodine has been incorrectly identified as beneficial for hypothyroid patients.

Many people mistakenly promote a diet rich in iodine as a treatment for hypothyroidism. However, numerous studies show that a low-iodine diet is what most patients benefit from, especially those with Hashimoto’s. Iodine actually triggers the production of antibodies against the thyroid, even if symptoms don’t always reflect that.

Now that you know the truth behind some of the most common hypothyroid diet myths, let’s talk about what works.

Since 95–98 percent of cases of hypothyroidism are caused by autoimmune Hashimoto’s, the best strategies will focus on identifying and avoiding dietary autoimmune triggers.

After working with countless patients with Hashimoto’s, I can confidently state that gluten is one of the most significant factors to address. Although a gluten-free diet may seem trendy, the truth is that ample research links Hashimoto’s to gluten sensitivity and celiac disease.

A number of studies show that a gluten-free diet improves hypothyroid symptoms and allows patients to lower the dose of their thyroid replacement medication. Some subjects even go into complete remission on a gluten-free diet.

It’s important to understand some basic concepts about a gluten-free diet before removing it from your diet.

Another food source that commonly triggers Hashimoto’s is lectin – the sticky glycoprotein found in seeds, nuts, and nightshades.

Lectins have been shown to cross-react with TPO in thyroid tissue. Since the two share identical protein sequences, the immune system of someone with a reaction to lectins will also attack thyroid tissue.

Gut microbiome health is a key factor in managing autoimmune diseases such as Hashimoto’s.

A trap people on the autoimmune diet often fall into is eating the same few foods over and over. While it makes sense to eat the foods you already know are safe, an overly limited diet leads to poor gut microbiome diversity, priming the gut’s immune system to become hyperreactive and giving rise to multiple food sensitivities.

On the other hand, a diverse gut microbiome produces postbiotics that help modulate the immune system. The more diverse the bacteria species in the gut are, the less autoimmunity expresses. That’s why it’s vital that you eat a very diverse array of produce and continually rotate what you eat when following an autoimmune diet.

Salt. Studies show high sodium intake triggers the Hashimoto’s autoimmune response. Be aware of whether this is one of your dietary triggers. If you eat something salty, taking some potassium can help mitigate the effect.

Blood sugar. Blood sugar spikes are key in triggering an autoimmune Hashimoto’s response. You can tell whether this is an issue for you based on how you feel after you eat. 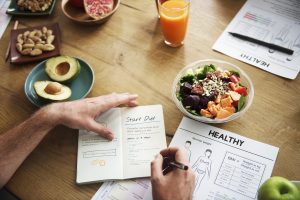 I understand that eliminating all of these various foods can seem overwhelming at first, but it’s an important step in managing your symptoms and identifying dietary triggers.

Try a strict autoimmune diet for four to six weeks to see how it affects you. For many, it immediately improves their symptoms. If you’re still struggling, then it’s time to look for additional triggers outside of your diet.

These are some of the many concepts I cover in my course, Hashimoto’s: Solving the Puzzle, a comprehensive online course that teaches you how to manage your Hashimoto’s hypothyroidism.